What color would you choose to represent a woman, and why is it pink?

The concept of color is often tied to one’s identity, especially in terms of race and gender identity. Formerly, there were two prominent colors ruling over gender: pink and blue. Often, these colors are assigned to a specific behavior—pink is associated with femininity while blue represents masculinity. But now, we know more than ever that no one should be confined by the labels of color, whether it be in the color of our skins or our color preferences in general. However, amidst society’s progress in fighting for equality among races, genders, sexualities, and more, we seem to be coloring sustainability by categorizing sustainable actions to be either “feminine” or “manly.”

Aaron Brough and James E.B. Wilkie studied the contrast between the behaviors of men and women when it came to sustainable actions. The study revealed that men would rather openly support an organization with an evident masculine logo and that they were more conscious of the masculine character of a product. People’s overall perception of being environmentally friendly is also associated with femininity rather than masculinity. For instance, in one of Brough and Wilkie’s experiments, their participants perceived that an individual who carried a canvas bag was more feminine as compared to someone who carried a plastic bag. Furthermore, in another observation, when men were given a choice between two logos of non-profit environmental organizations, men were likely to choose the organization whose logo had darker colors and a symbol of a howling wolf rather than that with a lighter-colored logo and a symbol of a tree. However, it is not so much that men refused to help the environment; it is only that their environmentally-friendly actions were limited to preserve their masculine identity.

Similarly, a paper by Ziyue Zhao and colleagues explained that it is not the gender itself that affects green consumption, but the beliefs and the standards surrounding the gender, such as the notion that women are gentle and caring, while men are tough and dominant. These perceptions obstruct the actions of men and women, like they do in sustainability. The idea of sustainability may come with the view of “caring for the environment,” and because the act of caring is linked to femininity, it conflicts with the masculine traits “expected” from men. Additionally, although women have been more involved in ecological rehabilitation, their presence in decision-making administrations addressing pollution seems to be lacking (Odrowaz-Coates, 2021). This helps us see how it is not the mere concept of gender that causes discrepancies in representation in certain sectors; rather, it is the accumulation of beliefs, ideas, and notions surrounding gender that has led to the disproportions in opportunities.

Knowing all these, how can the gender barriers in sustainability be broken? According to Anna Odrowaz-Coates (2021), in the situation where companies would push women empowerment in the place of sustainability, new gender divisions will be induced because men would be left behind. Thus, the most suitable and centered way of addressing gender inequality without disregarding either of the genders is to pursue sex-disaggregated studies to see the measurement of men and women in social and economic dimensions. Doing so would be able to help society identify social disparities and take the proper steps in equalizing the balance between these inequalities, not just in sustainability, but also in all aspects of life.

From the moment one is born, expectations on their behavior are already molded based on their sex. These expectations affect the opportunities they may receive and the way they will be treated in society. In a study regarding the development of gender, it stated that one’s own perception of being a man or a woman is affected by the treatment of their social environment; such treatments include being told what they can or cannot do because their actions and behaviors may be too “girly” or too “boyish” according to gender standards (Worthy et al., 2020). Setting and maintaining these societal attitudes towards gender limits the actions that people could take towards sustainability, especially for those living in societies with strictly-enforced gender norms. Take China for example: there have been debates on the internet over “sissy” and masculine men, and with the criticism that the former received, this could cause men to divert from “feminine” actions such as being eco-friendly. With this, though the internet has played an important role in initiating discussions about gender inequality and toxic gender roles, others use the platform to further promote their own idea of cultural gender norms and conservative views on gender roles. Knowing this, we should solve the issue of gender barriers in sustainability by addressing the systemic gender segregation that occurs the moment someone is born. We can do this by subverting gender expectations, avoiding participation in labeling activities as feminine and masculine, and so on.

Aside from our own individual role in subverting gender expectations, how can companies encourage everyone, regardless of their gender, to help the environment amidst the urgency of climate change? One suggestion by Brough and Wilkie is to market eco-friendly products in a more masculine way to subdue the misconception that sustainable products are only feminine. As the researchers concluded, “Make the man feel manly, and he’s more likely to go green.” However, marketing sustainability with macho representations do not address the systemic issues men and women face with regard to gender expectations. Instead, it acknowledges that men do need to attest their manliness through the products they use, further showing a distinct divide of gender expectations. In fact, this is already done by several companies. For example, the packaging of a Dove body soap for women displays baby pink and white colors, while the men’s version shows a dark gray and orange packaging. Utilizing contrasts in color to characterize the products for men and women are also evident in Suave’s body wash, Schick’s razors, and the famous Goldfish snacks. Though companies think that their gender-exclusive marketing strategy would better cater to their consumers, this simply contributes to toxic beliefs surrounding gender. On the other hand, companies that have taken the step of blurring gender norms include Mattel, with their gender-neutral dolls; Kleenex, which switched from “mansize” to “extra large” to describe their tissue; and, Scotch-Brite, which changed their sexist marketing by removing the woman in their logo.

The approach to closing the gender gap should happen in all aspects of life. Breaking gender stereotypes present in daily life by supporting people, young and old, in their self-expression and avoiding stereotypical phrases such as “man up” and “act more like a girl/boy” are small but effective ways to rattle toxic beliefs. Our interaction with color does not stop at the shades we see when watching sunrises and sunsets or gazing at the small pulsing colors of stars; color has played such a significant part in history, especially with the meanings that we have grown to connect with color, such as associations with political parties and even the spectrum of sexuality. However, as meaningful as color may be, it can also divide society, separating one from another instead of peacefully blending together. With this, we should put an end to labeling appearances, actions, and behaviors, so that women aren’t pink, nor men blue, but instead one united shade of green.

Save the Children. (n.d.). How harmful gender norms create an unequal world for children. https://www.savethechildren.org/us/charity-stories/how-gender-norms-impact-boys-and-girls 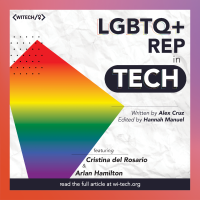