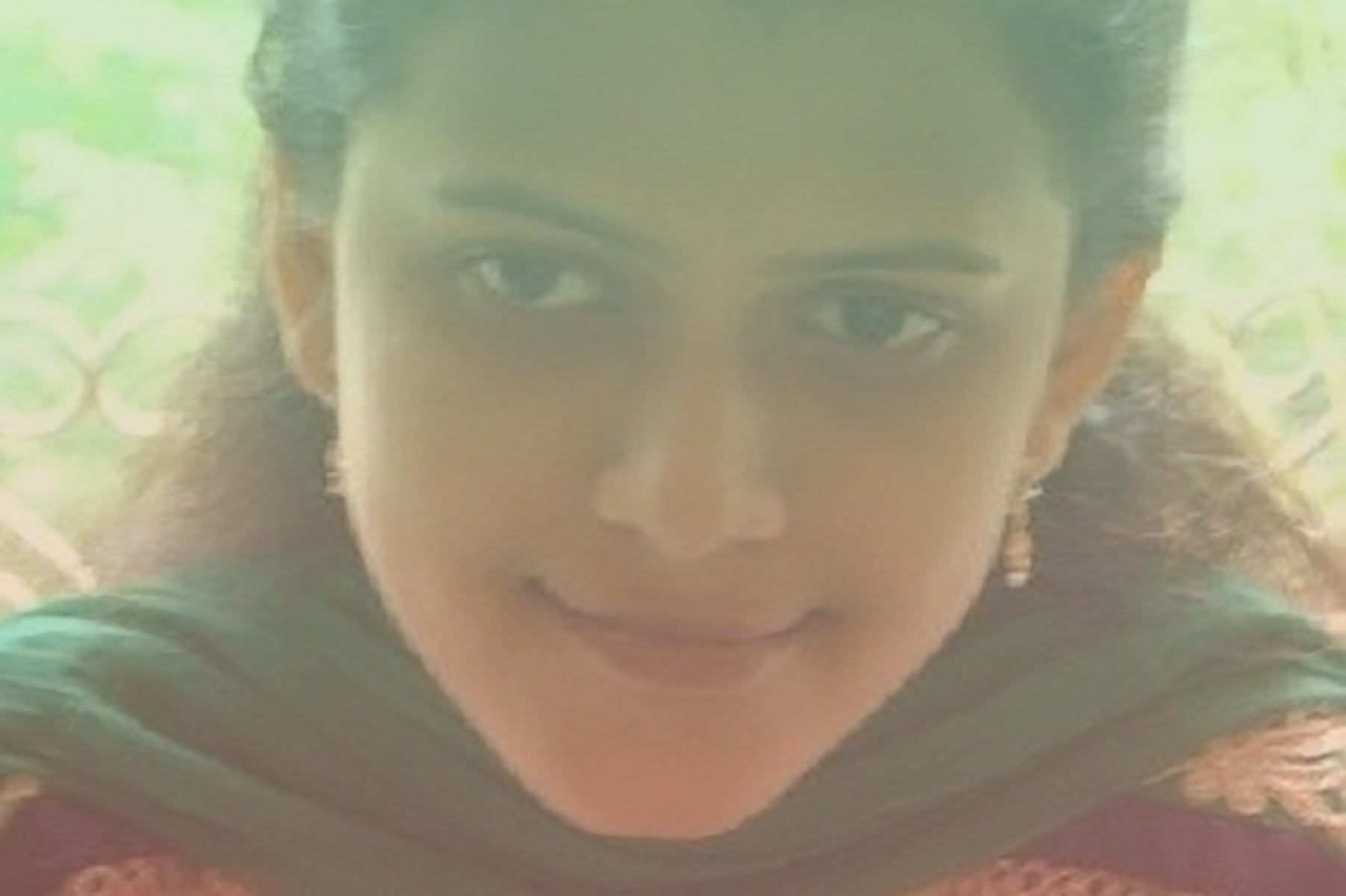 A product manager at Iraje in Mumbai, India, Aditi Shah has made a name for herself through developing over 70% of Privileged Identity Management tools and software that protects resources within a Data Centre which secures a few of the biggest data centers in India. She is also a white-hat hacker which tests the security so that black-hat hackers (the bad guys) are not able to break it in the future. She draws inspiration from Oprah who has proved throughout her life that even in the face of adversities someone can climb up the ladder of success whilst still following one’s passion.

When she was 11, she had been diagnosed with Retinitis Pigmentosa (a rare genetic disease which affects the retina, inhibiting her ability to see things) and completely lost her vision by 15. She now gets around with the aid of modern technology, reading printed text with the help of OCR software and moving around independently with the help of Google Maps. The biggest challenge which she faced growing up was not the actual loss of her vision but more of the perception of her vision loss. Even after topping her semesters during her undergraduate program, no company believed that she could code without seeing. Proving them wrong, she has had 4 promotions in the last 2 and a half years and smashing every shred of doubt that she was incapable of being the programmer we see her as today. “Focus on your abilities instead of your disabilities,” she said when asked what advice she would give people with disabilities. “The world can gain from what you CAN do, not from what you cannot.”

Focus on your abilities instead of your disabilities

Deciding to never give up on her dreams despite her loss of vision, Aditi believes that everyone should invest and believe in themselves. “You are far more than the company you work for or the community you belong to.” You aren’t defined by what you are part of but more so of what you do. She believes on mustering courage to “get up instead of give up” and we would manage to complete so much more than we expect.

As for advice for women interested in a career in Computer Science? “If you have the creativity to design new ways of doing things, the urge to simplify complex manual tasks and the persistence to keep trying till you make it happen, you would make a great computer scientist.” Aditi feels that there are 2 major areas are being neglected in the programming world and both of them are very close to her heart and spreading awareness about them is on the agenda for her life. 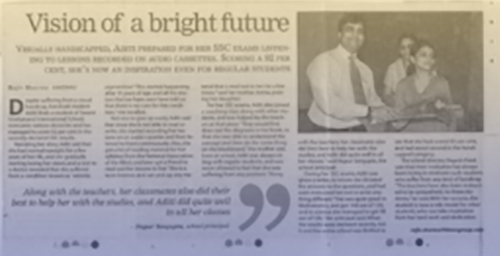 The first issue is accessibility. Being a core part of the design, it is hardly any effort to code for accessibility during development but not including it means leaving out a section of users from being able to use the application. The second issue is about secure coding practices. She thinks a lot of programmers today are not aware of the possible security threats and therefore do not code with security in mind. “Every programmer must look at the current vulnerabilities like the OWASP Top 10 in order to make their applications safer for their users and their personal data.” she said during our interview with her.

Cyber security is an extremely pressing issue in modern day society and Aditi believes that our virtual identities have become much more significant than our actual identities. Protecting this should not be too big of an issue as she believes we should follow a few basic security practices: choosing strong passwords; not reusing the same passwords for different services online; not sharing passwords or hints about them to others and clicking on links which seem too good to be true. It might seem like she is stating the obvious but one can never be too cautious about their virtual identities.

Isaac Lim is a Junior at the British School Manila (Class of 2019) who is taking Higher Levels in Biology, Chemistry and Psychology. He is passionate about gender equality and would like to help promote it through his articles with WiTech. In his spare time, he likes to read and play musical instruments like the guitar.

Cebo Cruz is a Grade 11 Student in Philippine Science High School – Main Campus, with a passion for Chemistry, History, and Geography. Aside from his school duties, he enjoys playing volleyball and badminton. Moreover, WiTech has been an outlet to express his advocacy of maximizing women’s potential to promote equality among all.